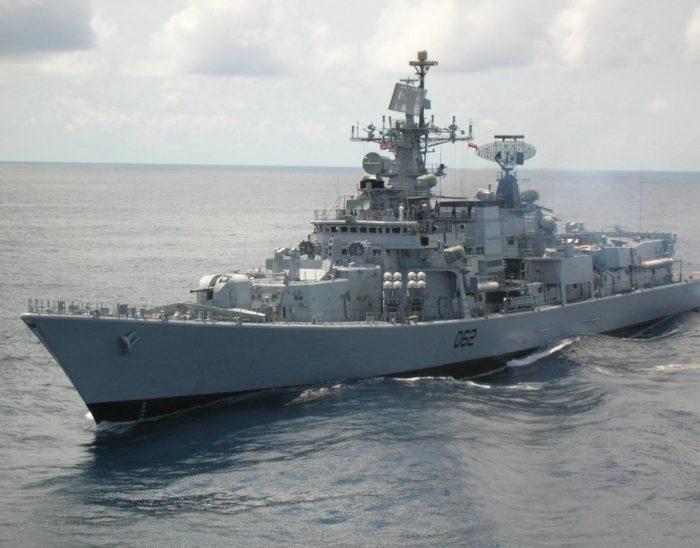 Defence Analysts, think tanks, economists and commentators across the world have all been assessing the impact on Defence Budgets in a post pandemic world. The quantum of Defence expenditure is normally linked to the threat perception faced by a nation. But these are extraordinary times and there is uncertainty about when the situation will normalize.

The IMF, which in its April projections had forecast that the world economy will shrink by 3% in 2020, has recently made a statement signalling a possible downward revision of the forecast. The fight against the corona virus has often been referred to in military terms, as a war, and with the first responders   being referred to as warriors. The militaries of most countries have also   played a significant   support role in handling the crisis   but it is a different matter when it comes to competing for resources. Substantial resources have been   committed to financial stimulus packages to tide over the economic impact of the crisis. In the medium   term also   there will be pressure to allocate more resources for health, health care infrastructure and social security nets.

There is a sense of inevitability about cuts in defence expenditure and some analysts are recommending that there is a need to analyse how to prioritize   spending and cut out the inefficiencies. Some point out those capabilities which have been used in the pandemic like hospitals, ships, medical workers, transportation and supply chains will be viewed as more necessary military capabilities taking a larger slice from a reduced defence budget pie. Already austerity measures in some form have been introduced.

In India, the Ministry of Finance issued instructions to regulate the expenditure in Q1 of 2020-21 and has drawn up three categories to determine the expenditure restriction.
Category A covers 18 Ministries and departments critical to combating the Covid-19 outbreak which includes health, pharmaceuticals, consumer affairs, AYUSH, textiles, rural development, railways and civil aviation which  will have no spending restrictions. Category B which covers 33 Ministries/departments, and includes defence, will have to restrict expenditure to 20% of BE 2020-21.Category C which covers more than 50 Ministries/Departments will have to restrict expenditure to 15%. This excludes mandatory expenditure like salaries and pensions etc. Some form of spending restriction for different categories is likely to continue in Q2 as well. Meanwhile Ministry of Finance has issued orders directing Ministries and Departments to suspend spending on new schemes including those approved for 2020-21 and not to initiate fresh schemes for at least a year. These orders are for Plan schemes and whether a similar order is issued for MoD is still unclear.

Ministry of Defence will therefore be in an unenviable position to manage with reduced resources even though the threat perception has not come down with a continuing hostile and volatile situation in the northern and western borders. Acquisition of military capability is a long gestation exercise and a freeze on new schemes will be counter-productive. Due to the number of stages, from accord of Acceptance of Necessity (AON) to contract signing, the processing takes on an average between three to five years, only after which cash outgo takes place. In fact capital intensive cases like shipbuilding have cash outgoes spread out over a number of stage payments after the contract has been signed. Therefore cases have to remain in the pipeline. However, what is needed is to bring in stringent prioritization of needs right from AON stage. The  cases should be finalized based on the  order of priority and not be driven by the compulsion to spend. Since the Chief of Defence Staff is now functional his top priority should be to ensure that the Annual Acquisition Plans are not an aggregation of the requirements of each service but have an inter se priority between the services based upon the operational need and threat perception.

In a resource crunch scenario the best strategy is to get the optimum   value for the money provided. The present structure of Defence Service Estimates is a classical input-budget paradigm and   focuses on expenditure in generic terms, i.e., pay and allowances, stores, transportation, works, other expenditure. The   structure needs to be changed to one which can link allocations to outputs and performance parameters Defence expenditure presents a challenge because outcomes are non economic and difficult to quantify, but there have to be some   measurable parameters.

The current crisis should be used to bring in much needed reform in the structure of the defence budget. There are two options on how to go about this. The first is to shift to Planning   and Programme based Budgeting (PPBS) concept where allocation of resources are related to outcomes of the mission role performed by the services. This approach will however require a complete overhaul of the existing structure. Most international experience has found some useful output measures, mostly in the form of specific defence capabilities as an appropriate measurable parameter. These are improvements on the traditional emphasis on inputs. The prevalent global format consists of a matrix of the main force groups and the resource costs. The force groups comprise Strategic Forces, Land Forces Naval Forces and Air Forces etc. The resource costs are under the broad heads of Personnel, Operations, Maintenance, Procurement & Construction (Investments) and Research & Development. The existing structure can serve as the base and be aligned to the   global pattern. The Revenue expenditure should have a clear demarcation of Maintenance and Operations. The category of Procurement & Construction should indicate platform-wise details under separate categories like fighters, trainers, transport, helicopters, radars, ships, tankers, submarines, armoured vehicles, artillery guns etc. There should be a linkage between the platform and the maintenance expenditure incurred, to have  a reliable database on life-cycle costs. The category of Land and Works is already shown separately. Works can be sub-divided to show administrative works, operational works, residential works etc.

The budget document should also be able facilitate the Make in India thrust and the development of an indigenous ecosystem. Therefore the indigenous and import elements should be shown separately.

Times of crisis and uncertainty present a challenge and the best approach is looking for medium to long term solutions which will prioritize the resources and achieve a much more balanced capability.