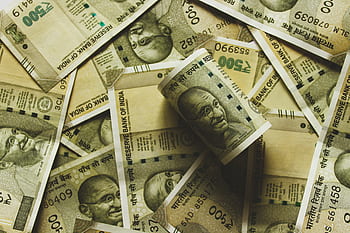 Continuing on the sectoral impact of the ANBA announcements some suggestions for further necessary interventions across large businesses and segments of the population are discussed below.

Large businesses: Large business operators have not received much relief. Many of them were hit by the pandemic-lockdown, as discussed under Services above. Corporate revenues have reportedly dropped over 25 per cent during the lockdown and may take more than a year to recover. To retain payroll and maintain liquidity to start operations as the lockdown lifts, large businesses still need relief and urgent tax refunds and relief. Reserve Bank of India could also offer a one-year loan repayment deferment to ensure more liquidity.

Flatted Factories. Flatted factories can be rapidly built and launched for this purpose. A flatted factory is an industrial building of more than one-storey, usually with two or more goods lifts, and constructed or converted for multiple occupation. The building is sub-divided into small, separately occupied units which are used for manufacturing, assembly and associated storage. These should be encouraged for early adoption.

Sections of the Population

Farmers & Rural workers.  The first tranche of INR 2,000 per beneficiary via PM-KISAN Yojana was front-loaded to provide minimum income support to farmers during the lockdown. Agriculture operations were protected  and allowed to start up quickly. Many measures were taken to harvest the record-breaking Rabi  crop and sow the Kharif on schedule. Punjab was especially was successful in this with the help of Central Agencies like Railways, Warehousing Corporation & others.  Other schemes allowed Farmers to obtain loans to the tune of Rs 2 lakh crore via the Kisan Credit Card scheme. Direct Benefit Transfer for MGNREGA was also issued in record time with an additional allocation of Rs 40,000 crore to provide cover to rural workers.

Migrants: Most states have not taken care of their migrant populations, with many washing their hands off and blaming the Centre, resulting in a heart wrenching & unprecedented humanitarian crisis in the country. ANBA has allotted Rs 3,500 crore worth of free food for migrants to be disbursed by state governments. This is a mere pittance & the tragedies which unfolded in different places in the  country with the migrant labour was inhuman. Two  important issues which plagued the whole migrant issue were — firstly, state governments hardly have any records of how many migrants are in their states, where they came from, etc. Lack of records made  it hard to distribute DBT and food to those in need.A separate department in the Govt of the Centre & the States is needed to keep proper track of the migrants.  We are a large country and movement of workforce in search of job opportunities and livelihood is inevitable . There is total lack of development & job opportunities in some of the Northern & Eastern States. Therefore, the State Govts need to be more responsive towards the needs of this large chunk of humanity. Their Services are most essential for the States to which they migrate.  Secondly, a concerted effort to provide people with jobs in their own states is required to solve the migrant crisis permanently.  Even after so many years of independence , there is no development in many of the thickly populated States in the North & East Indian States which is the reason for such large scale migration of labour In search of employment, livelihood and sustainance.

Taxpayers: The 25 per cent reduction in TDS and TCS for non-salaried payments is a welcome move to increase short-term liquidity.  While this is applicable on payments for FY21, it does not address the loss of income due to the lockdown. Tax refunds are being processed into the hands of non-corporates; corporates also need refunds to retain payroll, especially the IT industry. In terms of structural reforms, the long-pending move to a simplified three-slab system with no deductions from the current convoluted seven-slab system will provide more relief and make tax laws simpler.

Salaried individuals: In a 137-crore population in 2019, only 2.9 crore are salaried income-tax payers. They have borne India’s high tax-burden for years and deserve support. Sadly, they have not been included in the 25 per cent TDS reduction or fully in the accelerated processing of IT refunds. US and Japan are giving direct cash support in the accounts of honest and compliant taxpayers to spur spending in a recessionary environment. We need to adopt similar measures.

Investors: Investors, overwhelmingly middle-class, have been devastated by the dramatic decline of the stock market since the beginning of locked down. An estimated 3 crore investors through 9 crore folios have been impacted. Systematic Investment Plan (SIP) investors are critical for domestic wealth creation — they had invested Rs 1 lakh crore in FY20 and were a balancing force to the Foreign Institutional Investors (FIIs). The best way to support wealth creators is to abolish long-term capital gains tax for individuals. In AY19, out of Rs 45.3 lakh crore total income declared, LTCG by individual taxpayers yielded  only INR 13,000 crore . Therefore, abolishing individual LTCG tax will hardly impact government tax collections, but will have a tremendous feel good effect to drive individual spending.

Middle Class. The middle class and direct-impact sectors now require measures to increase cash liquidity in hand for spending. The  demand side needs support as an estimated 70 per cent of India’s economic growth since liberalisation has been fuelled by internal consumption.  The loss of income and liquidity, crash in demand will impede manufacturing growth. While direct cash transfer to the Bank Accounts have been received by some sections of the population, many others, particularly the salaried middle class, are yet to receive any relief, many of whom have lost jobs just as the migrant labour has. The problem is further compounded as most of the middle class commit a part of their salary towards payment of EMIs for home loans and consumer goods. If salaries dry up funding the EMI becomes a challenge for both the individual and the financier. Some arrangements would have to be worked out between the government, banks and NBFCs to prevent local NPAs at the individual level. Banking sector needs to be nudged to pass on rate cuts  to the borrowers. Personal tax cuts & tax holidays for 6 – 12 months can be adopted to revive consumption, which will help spur economic growth.  Unless the demand side is taken care of by putting money in peoples’ hands, particularly the middle class, production & supply will suffer.

The current situation is such that no one can predict when the Covid pandemic will end and full economic operations can be resumed. It may be possible that the government is conserving resources at its disposal to be ready to invest more later. The super cyclone Amphan in the Eastern Coast & the Locusts attack in some parts in the Western India which is expected to continue, are some of the other disasters being faced by the country leading to further economic distress. Given these constraints, it is felt that the  Package cannot  alleviate the grave situation of the Economy. Government has to spend money on infrastructure development “–  ‘Revive’ , ‘Revamp’ , ‘ ‘Rejuvenate’ & ‘Rebuild ‘ the Economy “ should be the motto.  Public sector financial institutions need to be further capitalized and nudged by the RBI to lend out low-ticket loans say below one Crore of Rupees in the form of working capital to ensure that liquidity comes back into the system.

Whilst it is a given that the overall economy might take a hit because of the continuing lockdown, some sectors may see  growth in the post-COVID era – FMCG, B2C specialised lenders, gold-dependent companies, food retail and pharmaceutical companies etc.  So urgent, focussed and immediate measures are required in these direct impact sectors to spur demand and boost morale.

Also as stated by Albert Einstein  “In the middle of difficulty lies opportunity”.  In the post-COVID-19 period, some economies are expected to adopt de-risking strategies and shift their manufacturing bases from China. For example, recently Casa Everz Gmbh, the owner of German footwear brand, has decided to set foot in India in Agra. The move will throw up 10,000 direct and indirect jobs, as per the claims of UP State Government. President Trump has announced, on 29 May, the new US policies towards China, their companies in the US and abolition of special treatment to Hong Kong. Therefore, more and more companies from the US and other countries may move out of China. Such shifts of industries from China can create opportunities for India.  The drive to look for alternatives by other countries can be beneficial for India to enter multiple trade channels as a supplier of raw materials and manufactured goods. But our policies should enable encashment of the opportunities. The Government has to launch an unprecedented diplomatic and trade campaign to win the relocation battle.

In the next wave of policy announcements,  the government  should look at further reducing interest rates to increase borrowing, reducing taxes overall, and providing more direct income support. The  next economic package, must also focus more on fiscal policies to increase cash to spend  in the hands of the middle class and taxpayers to drive consumption. Unless consumption & demand increases , productivity cannot be improved.

It is undoubtedly extremely commendable that the Government has boldly prioritised lives first, and has now focussed on reforms to strengthen national economic security. But, what the Govt  has announced presently is hardly enough and requires much more innovation, empathy and inclusiveness so that the entire economy is revitalised.