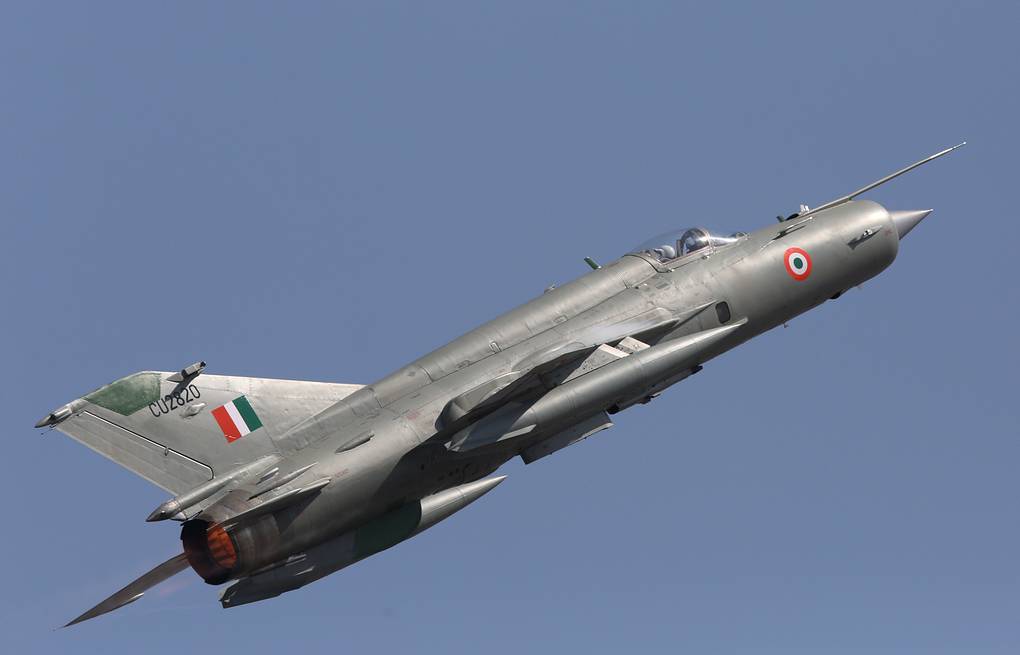 It was 11 December 1971. I was a Flt Lt posted in 4 Squadron, the Fighting OORIALS, flying Mig-21 FL aircraft. The squadron along with 28 and 30 Squadrons was based at Tezpur in Eastern Air Command (EAC). In November that year, with war clouds looming, 4 and 28 Squadrons moved to Gauhati and began honing their operational skills. The Indo-Pak war began on 3 December and both squadrons roared into action against enemy targets in East Pakistan. Counter Air operations began with air strikes on Tezgaon airfield, the primary PAF Sabre base, followed by strikes on Kurmitola, the main stand-by airfield. By 8 December, both airfields were neutralised by IAF, thus grounding the entire PAF Sabre fleet in East Pakistan. The Indian Army which was rapidly advancing towards Dacca, could now move forward at greater speed, unhindered by enemy air threat. The fall of Dacca was imminent. On 11 December 1971, I learnt later, HQ EAC was informed of a secret message from the Pakistan Army in Dacca which had been intercepted by Mukti Bahini, the resistance group fighting for liberation of Bangladesh. The message talked of an escape plan for top civil and military leadership of East Pakistan, to flee to Rangoon in a United Nations Twin Otter aircraft. As the IAF had gained total air supremacy and rendered enemy airfields unusable, the plan was to take off from a makeshift grass strip away from Dacca city. Gp Capt MSD “Mally” Wollen, then Base Cdr at Tezpur, had moved to Gauhati and was in charge of all Mig 21 combat operations in EAC. On the same day intel inputs had been received stating that the escape plan was expected to take place in complete darkness sometime during that night. The report had made mention of a grass field located approximately 35 km North East of a specific pin point on the outskirts of Dacca city. This grass strip was dubbed by HQ EAC as the “Spooky Runway”.

Late afternoon on 11 December, I had flown a 3 aircraft mission with “Dopey”. Rao, Sukrutraj and self, providing top air cover to the Indian Army’s largest ever para drop mission into enemy territory over Tangail. Around 40 IAF transport aircraft- An12s, Caribous, Packets and Dakotas flew into the designated area in perfect VIC formations. While looking out clearing the airspace for any possible air threat, it was a unique and fascinating sight to watch over 800 parachutes deployed, dropping troops and their combat equipment. For me however, this interesting mission was soon to follow with some more excitement that night. After landing from the CAP mission over Tangail, I was detailed for night ORP (Operational Readiness Post) duty to undertake any night missions that may be required.

Around 11 pm, I was called into the Ops Room where Station Commander Gp Capt Wollen and my CO, Wg Cdr JV Gole informed me of the Spooky Runway and that I was to get airborne ASAP and fly to the target area, as Intelligence reports had ascertained that the escape plan was to be implemented very soon. Station Commnder briefed me of the specific location of Spooky Runway and due to time constraints, I was to get airborne in the Air Defence configuration of 2 x K13 air to air missiles. He briefed me that if I spotted the Spooky Runway, I should not hesitate to fire both missiles on to the ground target.

I made a quick calculation of the navigation to target and got airborne. I recall it was a dark night and all lights off on ground. With no inertial systems or GPS in those days, I went strictly by compass and clock to ascertain my arrival over target area. Overhead, I began circling the area looking for any signs of the Spooky Runway. Descending to a height of 2-2.5 km/7-8000 ft, yet I did not spot any signs or get any indications of what may be the the Spooky Runway. Orbiting over the general area for 15 odd minutes with no luck and with fuel running low, I turned and began to set course back to base. Prior to settling down on the return leg, fortuitously, I decided to have a last look and loosely turned in the direction of the target area. And lo and behold, that was when I saw a few lights appearing on ground in a straight line. In hindsight it appears, the enemy would have assessed my aircraft had departed the area and it was safe to place lights perhaps kerosene lamps, to assist the Twin Otter for its take off in darkness. Without a second thought, instinctively I put my MiG in a dive towards the lights, waited a few second and pressed the weapons trigger. It then appeared to me, “all hell had broken loose”! Both K13 missiles fired. The fireball of bright flames from two rocket motors igniting and firing in the still of the pitch dark night, with rocking of wings and the sound which followed, blinded me totally and shook me up for several seconds. And then what followed was the bigger shock and surprise! I found the RPM gauge winding down. I had lost my only engine. The disturbance of airflow into the engine due to firing of both missiles simultaneously, had led to engine failure. When the hard reality of my desperate situation struck me, thoughts ran through my mind of night ejection over enemy territory, with the uncertain consequences. My thoughts also went back to my ejection from a MiG 21 in April that year. At low level, due to a bird hit, I had lost engine and had tried to relight unsuccessfully. I ejected at very low level, with parachute deploying a few seconds before I touched down on mother earth!

Training to cope with such emergency situations is part of a military pilot’s regular regime. I then took stock of the situation and thanks to the reliable relight system of the MiG-21, was able to restart the engine and with a ‘skip of few heartbeats’, returned to base with fuel level at an edge. On landing, I debriefed the Stn Cdr and my CO on the entire sequence of events as they had transpired. I recall words of the Stn Cdr, this was indeed the very first firing of K 13 AAMs on to a ground target!! Next morning, two additional MiG 21s, this time loaded with 2 x 500 kg bombs flown by Hemu Sardesai and G Balasubramaniam, successfully dropped their bombs in the same area of the Spooky Runway. The next day, our CO informed us that HQ EAC had commended him for the high effectiveness of the night strike and day bombing missions of 4 Squadron. He complimented us as he had been informed, the escape plan of the top brass of East Pakistan had been totally abandoned due to the air action by 4 Squadron. The top military leaders including Lt Gen Niazi and his senior staff surrendered to Indian forces and were taken POWs at the end of the war on 16 December 1971. Indian military had scored an unprecedented and decisive victory over Pakistan. 90,000 Pakistani troops had surrendered to the Indian Army and had been taken as POWs. India’s victory has gone down in the annals of history as one of the finest and most decisive ever military victories.