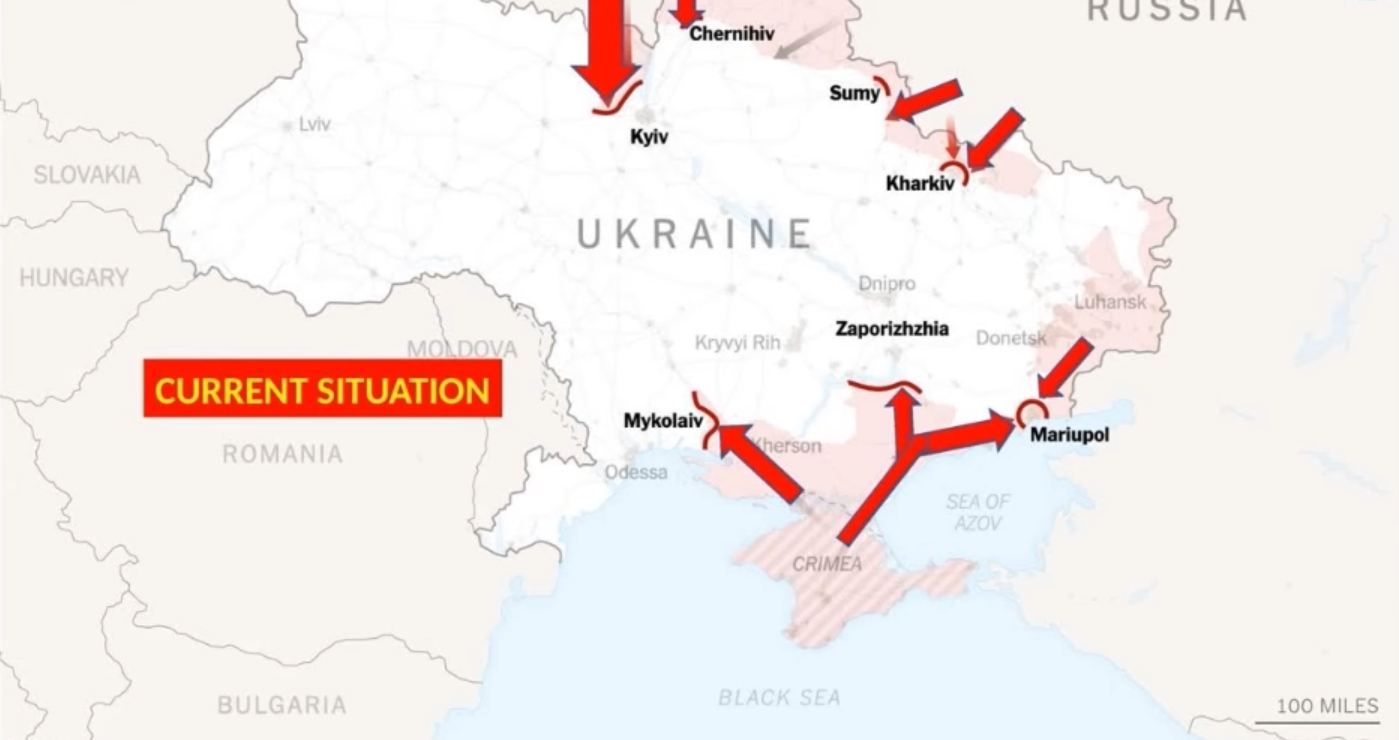 The Russian-Ukraine conflict enters its 14th day today showing absolutely no sign of respite. It is likely to extend further with the peace process not happening. The end state as the Russians visualized is yet to be achieved. The next week would be extremely crucial to the outcome of this war. Certain important issues will emerge which would need greater understanding amongst the nations of the world lest we hurtle towards an escalation to other regions, which the present economic situation can ill afford.

Cessation of Hostilities: When?

It is a known fact that the Russian forces outnumber the Ukrainian forces by almost five times. Ukraine has hardly any air-power, a very important component both for offensive and defensive warfare. What is most importantly emerging in this present war is the use of innovative methods in targeting the Russian forces as well the resolve of the people of Ukraine to take on the might of the Russian Army. Outside help is only emerging through supply of weapons, anti-tank rocket launchers, ammunition etc. However no country including NATO is willing to put boots on ground. Under the present circumstances therefore it would be a foregone conclusion that Ukraine will have to capitulate to the Russian forces very soon. At the same time, the Russians are also not in a real hurry to finish the war very soon as they do not aim to increase civilian casualties. Their basic task is to de-militarise Ukraine, take control of all its nuclear/power assets, ensure blockade of the Black Sea and finally install its Pro-Russian Government in Ukraine.

Russia’s demands include a legally binding halt to NATO’s eastward expansion and a withdrawal of NATO troops from countries like Poland and Baltic nations that used to be aligned with or part of the Soviet Union.

Presently, there have been three rounds of diplomatic talks so far. None of these talks have yielded much result as the basic demands of the Russians have not been accepted by Ukraine. However it is important to keep the lines of communication open, as at the end, this conflict would only get resolved through talks. A higher level talk between the foreign ministers of the two countries is likely to be held in Turkey on 10 March 2022. This can be seen as a positive development.

Effect on Economic Sanctions on Russia

We do not foresee an immediate effect of these sanctions on Russia. However in the long run, the Russian economy will definitely get affected as we have seen how the rouble has already depreciated against the world currencies. As also one can expect an impact on its GDP as well as inflation. The price of crude oil has already gone up to $130 per barrel. However, we need to remember that sanctions also have a two-way effect. The entire gas/energy/oil requirements for Europe particularly Germany and Hungary will get affected. Germany has already indicated that it would continue to trade with Russia for its oil and gas requirements.

To obviate the effect of these sanctions, it is assumed that China and Iran will now align itself with Russia in a greater manner. Therefore, in the overall analysis, I do not visualise any great impact of sanctions on Russia.

India’s Stand and Strategic Options Ahead

India has taken a very correct stand in so far this conflict is concerned. India has excellent relations with both Russia and the US, and therefore would not be perceived as taking sides.

India had signed a $5 billion deal with Russia in October 2018 to buy five units of the S-400 systems despite a warning from the then Trump administration that the contract may invite US sanctions going ahead.

Furthermore, India had signed agreements with Russia for supplies of a range of missiles and ammunition for use by the Indian Army. It is also in advanced talks with Russia to procure 12 Sukhoi Su-30MKI for the IAF, to be built by Hindustan Aeronautics Ltd., and 464 Russian T-90MS main battle tanks for the Indian Army, amongst others.

However, India has asserted that its decisions are based on its national interests and for the country’s security.

We do not foresee a change in India’s stance in the near future especially with the Chinese on our door step. Strategically, we need to over a period of time reduce our dependence on both Russia and China. Only then India could be seen as a global leader in the world community. Atma Nirbharta Bharat needs to given a great impetus in the next ten years.

Will the Conflict lead to Nuclear War ?

Russia presently has no intention to use nuclear weapons in the conflict.

The chances of nuclear war are subject to NATO intervention in Ukraine. As long as NATO or any other external force stays away from Ukraine, there will be no chance of a nuclear war but assuming the situation where NATO and Russia get involved in direct confrontation and there are strikes in Russia, Kremlin may use its nuclear arsenal.

The capture of the nuclear plants is a Russian strategy to control the power grid in Ukraine. It then gives it a great leverage on the bargaining table, since if the country electricity will get cut off; the survival of people in such cold weather becomes difficult.

Presently this conflict is seen as a regional one. It does not seem to have ramifications to escalate to the other regions of the World but in the near future what can be seen that in case NATO does not heed this as a warning and stops its expansionist tendencies, then there could be trouble.

Hence, NATO expansion may be seen not as the beginning of a new era, but as the continuation of cold war policies and relationships. If the cold war were really over, that is, if there were no continuing conflicts between capitalism and socialism for the hearts and minds of the world’s people, no need to maintain military expenditures as corporate subsidies, and no need to wield a global big stick against Third World nations, there would be little need for NATO, much less NATO expansion.

The bigger debate should emerge now would be to dissolve any war-like groupings instead focus on economic groupings in case we desire peace all around. I am also sure China has also taken note of this and reviews its policies towards India and Taiwan. The recent statement of its foreign minister Wang Li was interesting to read. The talk must lead to a walk.